I hate asking for help. It’s a character flaw and not something of which I am particularly proud, but a trait that has become more obvious as I have gotten older.

I suspect it stems, at least in part, from growing up as the only girl with four brothers, all of whom are taller and bigger than me. I was very aware of my general inferiority when it came to physical strength and, in the spirit of sibling rivalry, I was determined not to let anyone know I needed help with anything.

(All together now: “Anything you can do, I can do better, I can do anything better than you. . .”)

But whatever the root reason, it’s a flaw that remains to this day. I love being independent. I love doing things on my own, finding my own way. I know it’s vanity and pride. I like to think I am being selfless, not to ask others for their time and resources. I don’t want to burden anyone else, I think. But the truth is, I just like the idea of being able to do something without help. Like a two year old determined to put on her own shoes, I enjoy the satisfaction of saying “I did it”. (Real life fact: Missionaries are not always super-mature.)

This is a serious detriment when it comes to raising support. (Kind of like when the two- year old puts her shoes on the wrong feet.) Sometimes I think that God called me to be a missionary because I needed the exercise, every day, of depending on others for my most basic needs. It is nothing if not an exercise in humility--and I am woefully out of shape.

However, several years ago, I had a major revelation in the middle putting my couch on a moving truck. I was carrying one end and my friend Jason was on the other, walking backwards up the loading ramp. Looking across those green cushions at Jason’s face, I realized asking for help is not a sign of weakness; in fact, when you have others helping, it makes you stronger. I could never have lifted that couch on my own.

We all hit our limit somewhere; there are things I cannot do by myself. That's why God created this beautiful thing called community. We need each other.

Trying to shove that couch up the ramp without anyone helping would hardly show off my strength--it would be a ridiculous and cringe-worthy display of obstinate stupidity that, in the end, would probably just damage the couch (and my back). When we are willing to let our friends and family pick up that other end, we are able to do things we could never even imagine on our own. Acknowledging our own weaknesses actually makes us stronger.

So thank you for picking up your end of my ministry at the Tenwek MK School. I am truly grateful--and humbled--by your financial and prayer support. And that’s a good thing.
Posted by Unknown at 9:36 AM 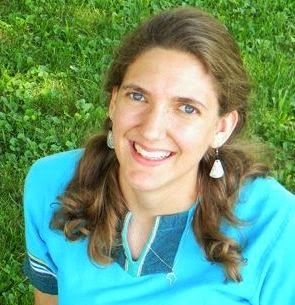 Do you want the blog posts delivered to your inbox? Sign up now by entering your email!